The Dallas Renegades opened the door at Globe Life Park this past weekend for a peek at what the renovations are doing to convert the playing surface from baseball to football. The multi-million dollar conversion is nearly complete as the construction team was busy gluing down the final edges of the new artificial turf replacing the natural grass the Texas Rangers previously used. Our Renegade’s guide letting us know it was just that and a few more rows of green backs on the new 4,000 seat addition and the major jobs were all but done.

When you walk in from what used to be the centerfield plaza area you are greeted with a great second-level view of the field. You come in about the nine o’clock sightline if the Renegades are at three and the north end zone at twelve. Right there is a large standing and table plaza where you could have a hot dog, drink and watch part of the game without feeling slighted you didn’t make it to your seats for a bit.

You could see the three fresh walls of smooth concrete just past the north end zone. There were two tapering sides matching the slope of the previous rows of seats. The back of the opening 18 rows from the front and as wide as the field. The section was cut out of the lower bowl stadium in a perfect rectangle. Then it looked like that block had been duplicated, slapped on some new shoes and a fresh coat of paint, then stacked on the east side’s new 4,000 seat section. It was a sight to behold if you had been a regular visitor of the Ranger games.

The new 4,000 seats make up the visitor bench area section and protrude up close to the field. The bottom row is still a story off the ground providing great views for the first row. I was also told that in some of the middle sections on the Renegades home side, that if you bought your season tickets for the 10th row they might end up being the first. They didn’t sell the first nine rows in some of the middle sections. So, they will either stay the current course (not sold) or may allow existing season ticket holders to move up.

I believe rows ten and above are actually better for those sections if you are toward the middle where all the players and personnel stand all game. Those rows go all the way to the ground making for better baseball than football seats. I did not get an answer on which sections this included and was told a final decision had not been made, but hopefully they keep it as is and a lot of those fans might be pleasantly surprised when they actually get their “10th” row seat.

Some purist might ask why they didn’t leave the beautiful natural grass playing field they already had, and spring grass (read: weather) in Texas is some of the best all year. They would be correct but this field; will cost less to maintain, and at the same time will provide a very consistent playing surface in all weather for the different types of activities they will have here. Baseball tries not to play in too much rain and uses a bit different running than cut back and forth sports. So, I am sure this decision played a factor in the field choice as well.

Another modification was still on the sidelines lower bowl, but further down toward the end zone. They took out a several rows of individual chairs and put bench seating in. These tickets will be open seating and sold in packages to schools and other large “bussed-in” type groups when needed. They also modified the facilities under the stadium to include four locker rooms for better hosting multi-team events.

The City of Arlington discussed for a quite some time on what they hoped would happen with the facility. They have invested a ton in the new Rangers baseball stadium and the Texas Live entertainment district right across the street, not to mention Cowboys AT&T stadium just a few hundred feet away and hoped to keep Globe Life Park contributing heavily into that mix. I would like to think the XFL helped kick start this plan for the facility and it will be great coming back to this area year after year, rooting for the league to keep being the flagship for this beautiful ole stadium. 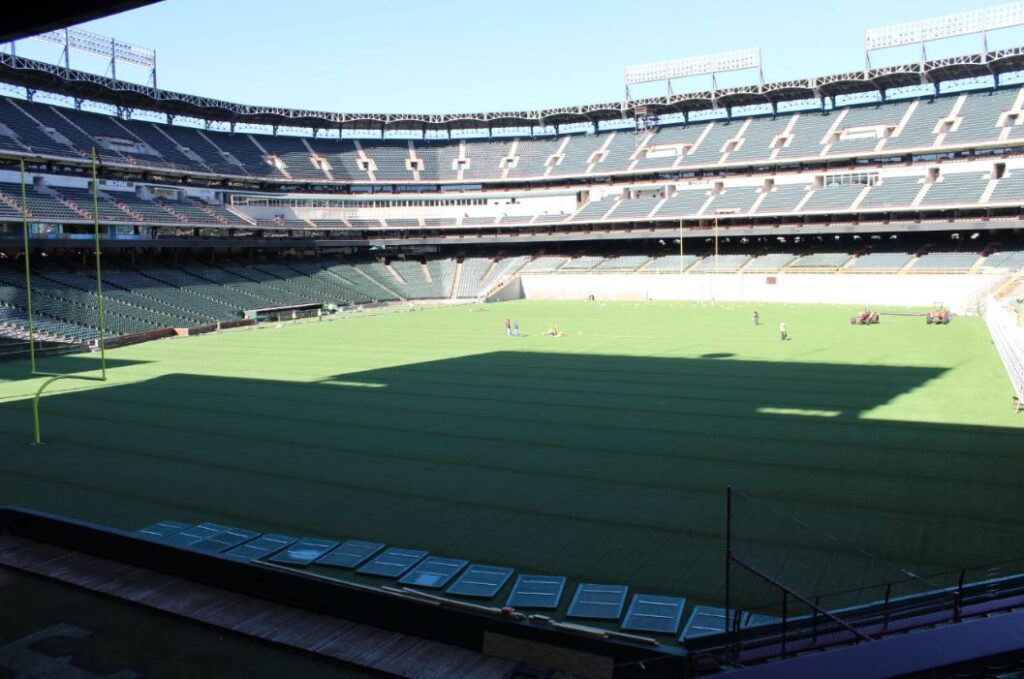 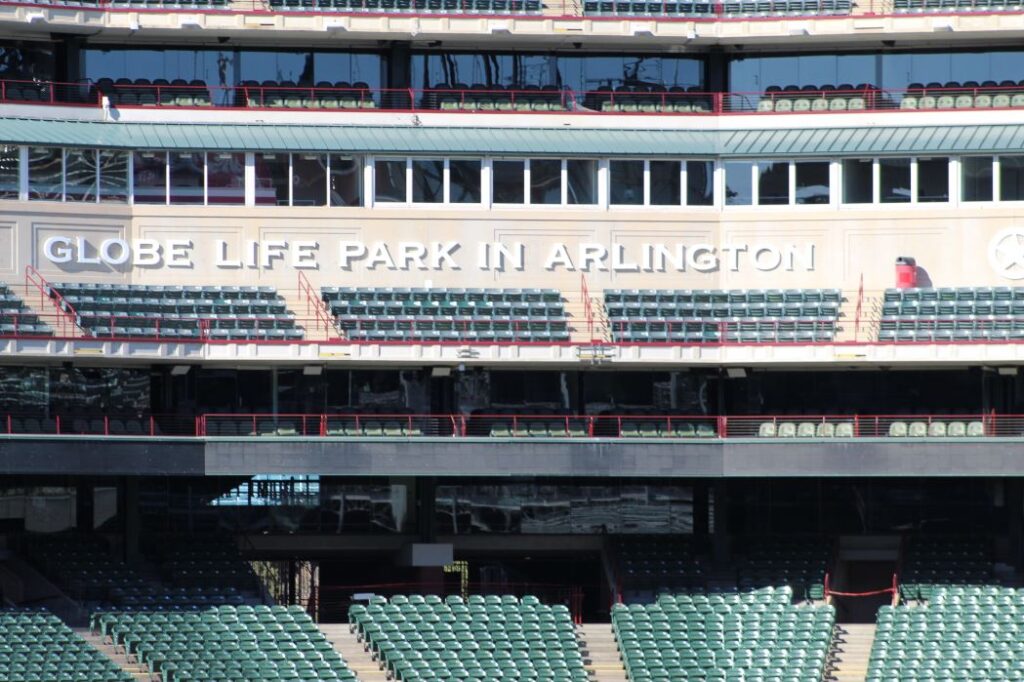 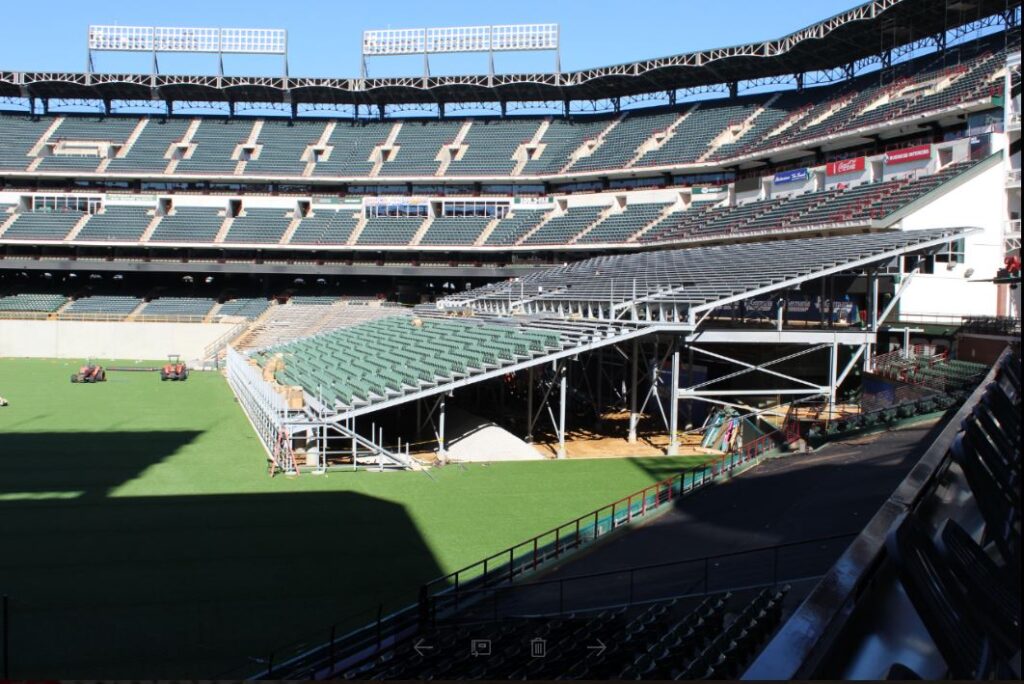 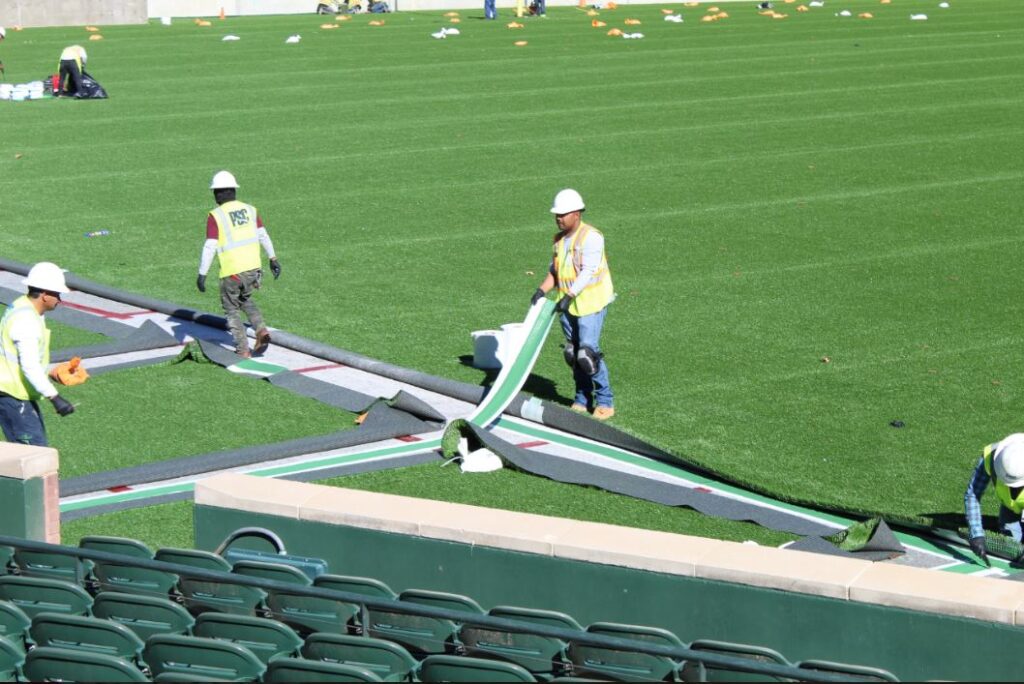 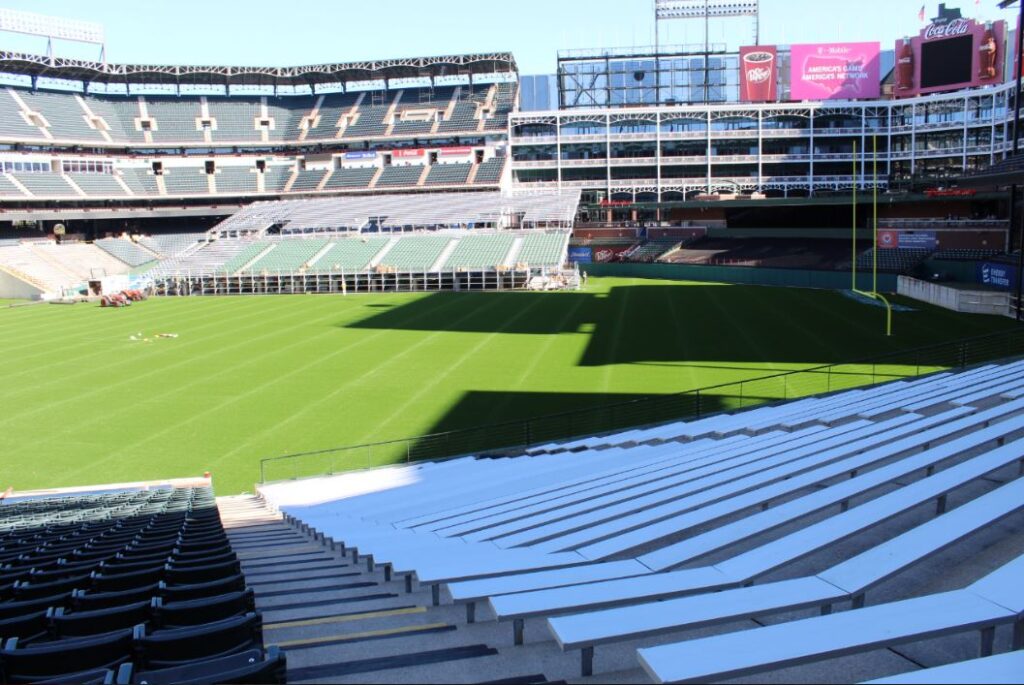 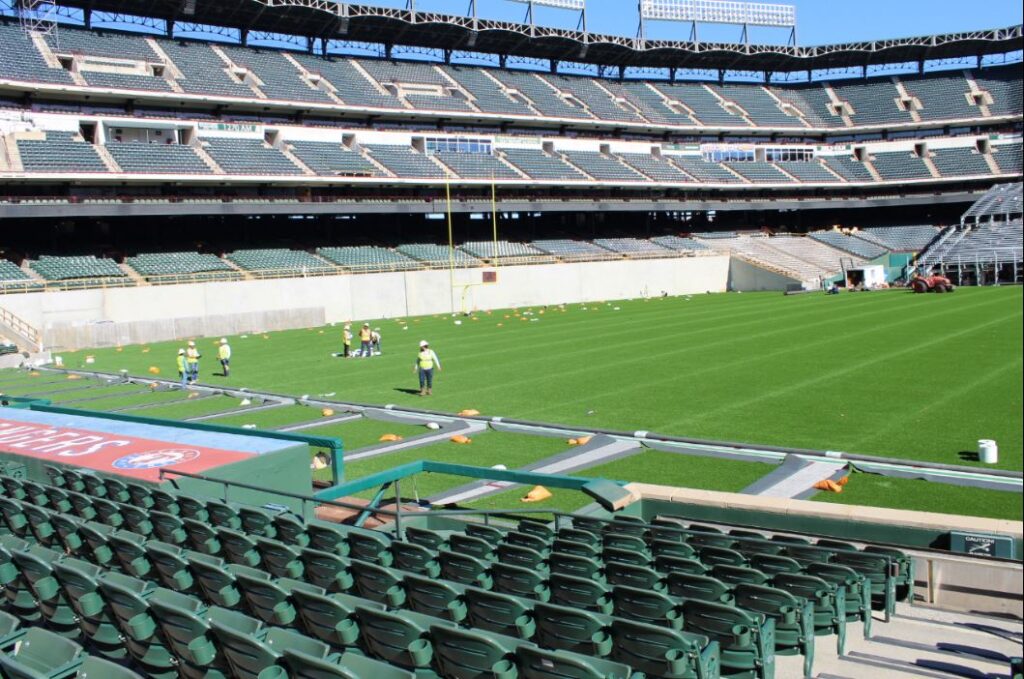 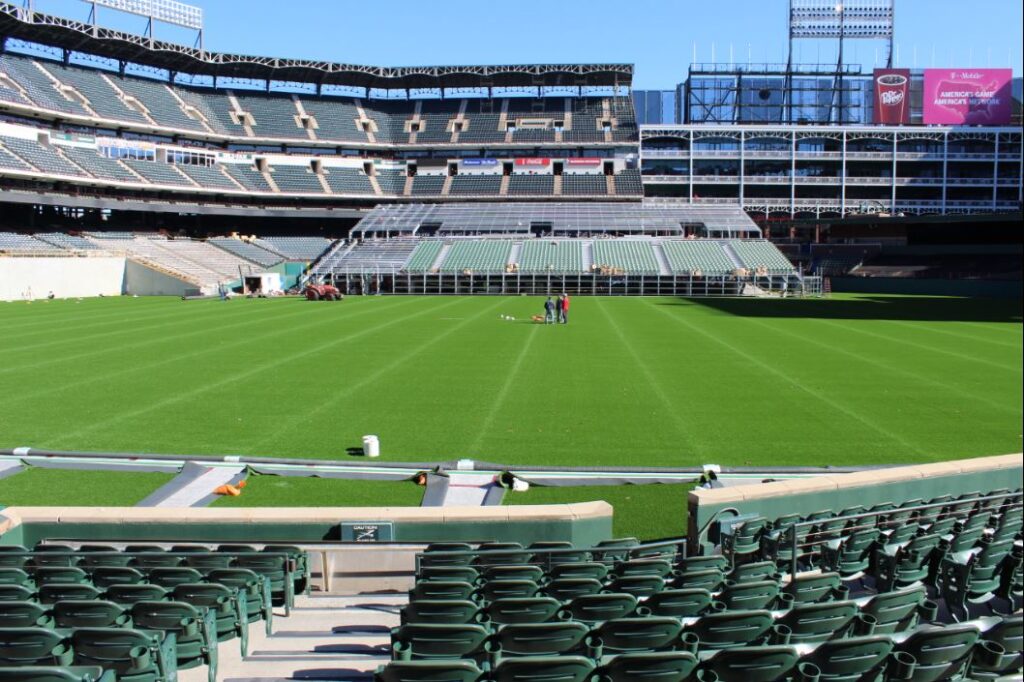 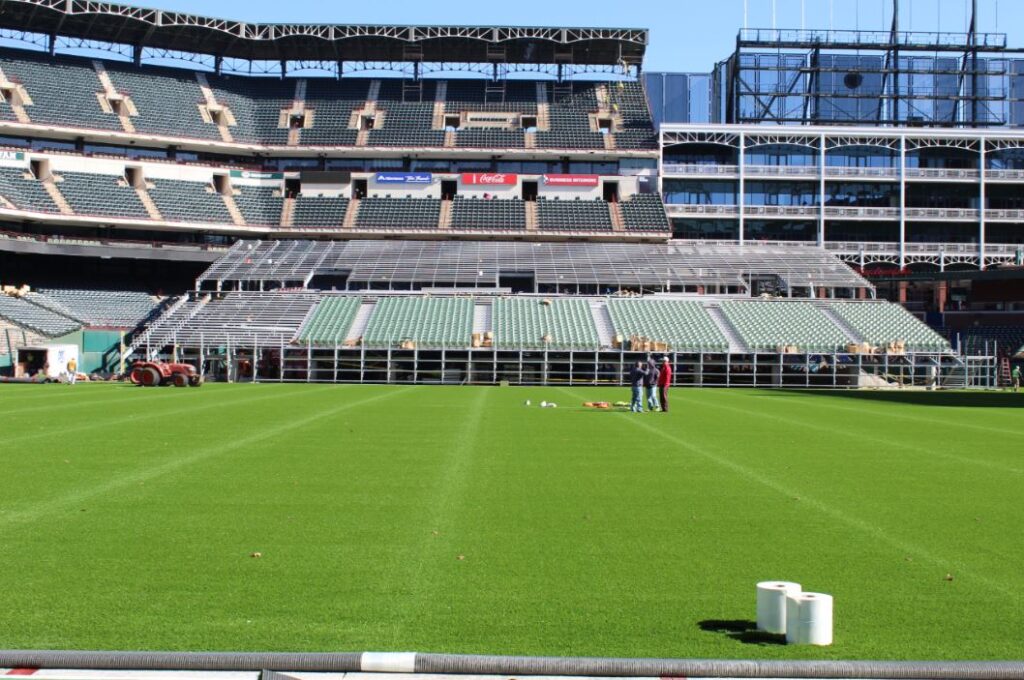 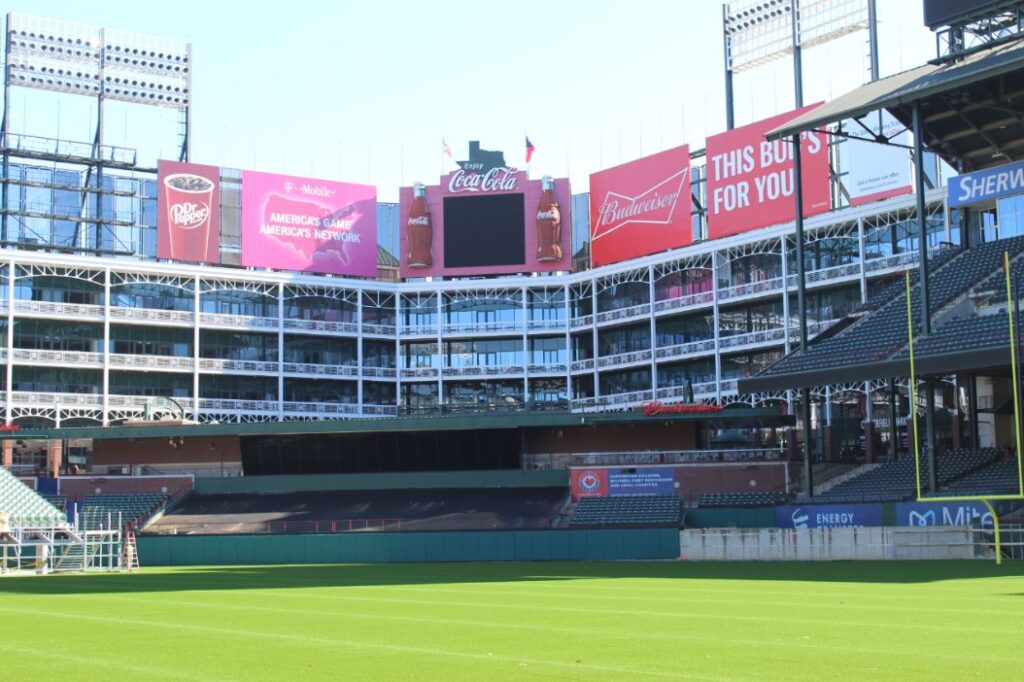 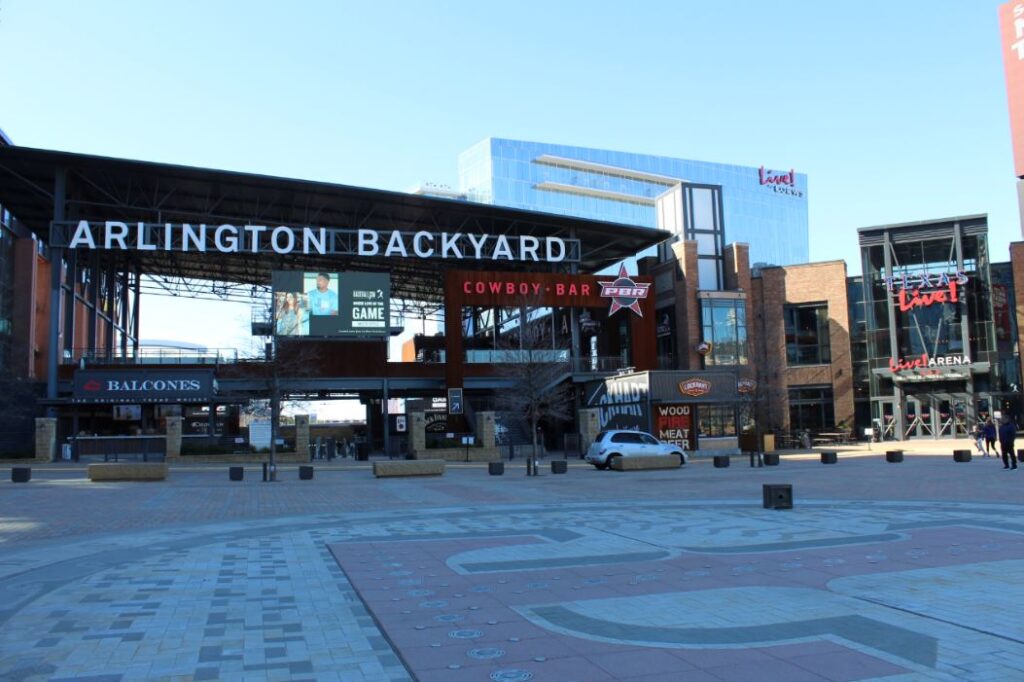