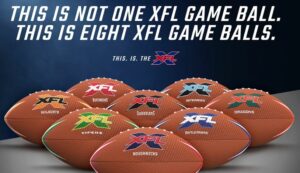 DALLAS, TEXAS, November 25, 2019 - Two distinctive features make the XFL’s official football stand apart from any in sports. The XFL game ball comes in eight custom looks to match each team’s primary color scheme and is distinguished by the following:

1. The points of each football are wrapped with ‘X’ marks in white and the team’s primary color. This design allows receivers to track the ball more easily.

2. Patent-pending, “X Pebble” grip technology will help players control the ball with a feel that enables a tight spin on throws and also allows ball carriers to enhance their ball security.

The XFL spent the last year developing the game ball with football manufacturer Team Issue, which is based in Dallas. The first version was tested with players on the field during the XFL’s rules testing this past spring. Based on feedback from quarterbacks and receivers, adjustments were made and updated versions of the ball were tested over a 10-week period at each XFL Summer Showcase. Then, after additional feedback from players was received and hours of tape were watched and analyzed, final adjustments were made and the final ball production began in September.

"Designing a football that feels good is everything. I want the ball to be able to jump out of my hand without a whole lot of effort," said Dallas Renegades quarterback Landry Jones, who was involved in the design process at the Dallas Summer Showcase on June 8. "For me, that's important,” he said. “I want to have something that feels good and that I'm comfortable with whenever I'm out there playing."

Each version of the XFL game ball will start to see action on the field next month when XFL minicamps open up across the league. The Dallas Renegades begin minicamp on December 4-5 at Arlington High School.

The XFL game ball is now available for purchase at XFL.com.

Season and single-game tickets are also available now at www.xfl.com/tickets. 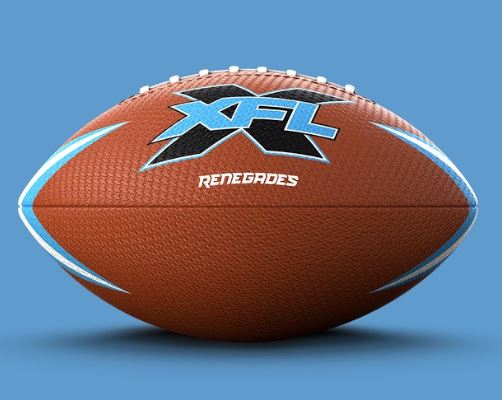 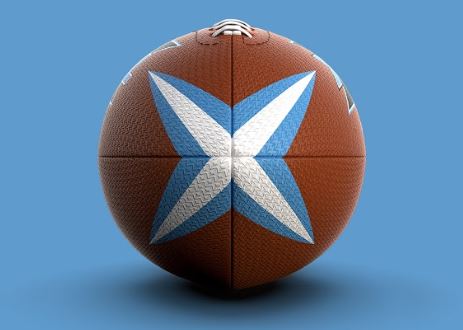 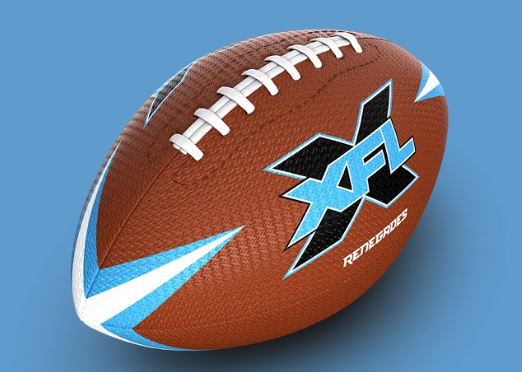 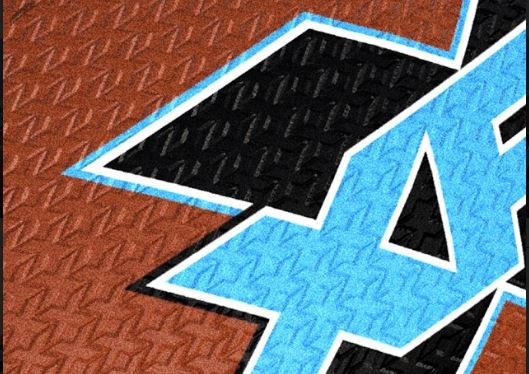 4. Game Usage: In every XFL game, the team on offense will use the ball featuring their team’s custom look and color scheme.

1. Colors: Traditional red leather – the ball will be brown on game day after pregame leather conditioning.

⦁ “X-Tips”: a painted X wraps both points of each football in white and the team’s primary color